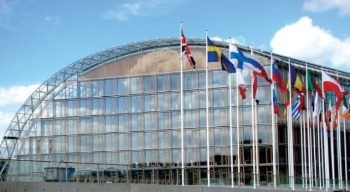 The European Commission published a report on Kosovo for 2016, the content of which was also based on the input of the civil society organizations. GAP Institute contributed in writing as well as in meetings of the European Commission, in several policy areas, including the budget, economic development and public administration reform.

At the beginning of 2016, GAP Institute, GLPS and INDEP reacted publicly with respect to the political appointments and violations of the Law on the Management of Public Enterprises during the appointment of board members in public enterprises. The political impact on PE has also been confirmed by the report (page 37).

In line with the request of GAP Institute to amend the Law on the Protection of Competition in order to avoid political influence, the report confirmed the procedural shortcomings during the appointment of members for the Kosovo Competition Authority.

In March 2016, GAP published an analysis and sent comments to the European Commission with respect to the missing connection between agricultural subsidies and an increased productivity in the sector. The report reflected this finding made by GAP (page 37).

In May 2016, the GAP Institute submitted in writing its suggestions concerning the Strategy for the Management of Public Finances. GAP sought the strengthening of Kosovo Assembly capacities in order to increase the quality of the parliamentary oversight of the budget. The need to increase capacities has been identified in the report (page 35). In addition, GAP suggested that an independent fiscal council should be created, which is also recommended by this report.

In their written comments, GAP addressed the need to increase transparency and the implementation of feasibility plans for central level capital projects. The lack of transparency in capital projects and the missing connection between budget allocations and policies have also been mentioned in the report (page 36).