GAP Institute holds a presentation on the work of inspectorates in the public hearing organized by the Committee for Economic Development, Infrastructure, Trade and Industry 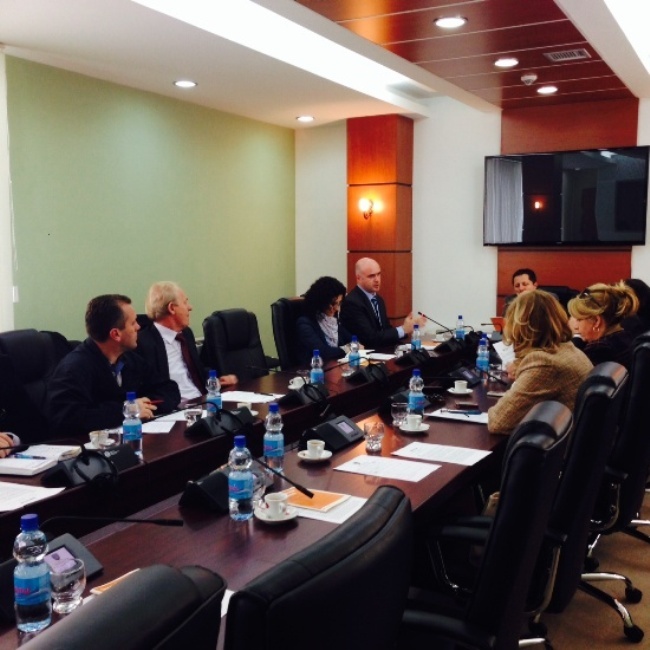 A few days ago, the GAP Institute published a report on Kosovo inspectorates, their organization and functioning, which was discussed, in the form of a draft, in a conference held on 4 March 2014, together with representatives of all inspectorates in Kosovo.

There are 20 inspectorates that operate at the central level and they are responsible for the implementation of about 140 laws in Kosovo. In the absence of a single legal act regarding their establishment, all inspectorates have their own legal basis, where some are established by law, some by administrative instructions, and some through decisions. As a result of this, all inspectorates have a different form and organization and generally there is no institutional and organizational hierarchy of the inspectorates, where some work as Directorates, as Executive Bodies, Divisions or Offices.

Furthermore, the GAP Institute also highlighted two important conclusions, which were also supported by the representatives of Inspectorates:  1) The Draft Law on Inspections, which was sent to the Assembly in early 2014, is unnecessary and will not have any positive effect on the work of the inspectorates, and 2) there is an overlap of powers between several inspectorates at the central and local level, namely the market and sanitary inspectors.

In addition, the Institute provided the following recommendations for the said Committee:

- The Committee should invite the heads of the Inspectorates to separate meetings to report on their work and the difficulties in fulfilling their duties for the purpose of the implementation of laws in Kosovo;

- The Committee should invite the political level (the Ministers) to increase pressure on Ministries so they take better care in supporting the inspectorates in their work in implementing laws;

- Based on this information, including the GAP report, the Committee should draft a report with the findings, including recommendations on how to enhance the level of implementation of laws, and this report should then be discussed in a plenary session;

- The Committee for Economic Development should ask the Legislation Committee to send back the Draft Law on Inspections to the Government since there is no positive effect on the work of the inspectorates in Kosovo;

- The Committee should recommend the Assembly to request the Government to draft a law on inspectorates, which would serve as a unique legal basis for all inspectorates in Kosovo, as foreseen in the 2013 legislative program;

You can read the full analysis - "Inspectorates in Kosovo, organization and functioning" Here.