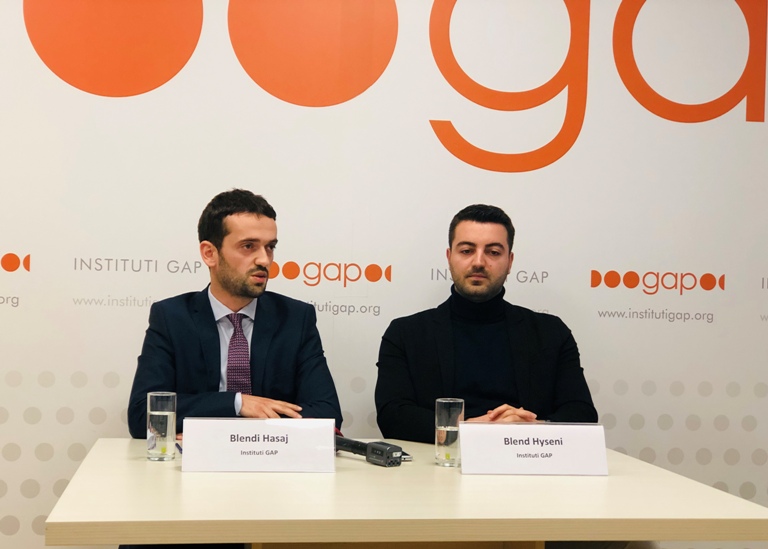 Today, GAP Institute organized a press conference on the publication of the “2017 Municipal Budget Transparency Index”. This report presents an assessment of budget transparency of Kosovo municipalities ranking them based on the best performance.

Blend Hyseni, GAP Institute Researcher, revealed the methodology and findings of the GAP Institute index on budgetary transparency of municipalities. He explained that a municipality can obtain the maximum number of points only if it published all budget documents related to the 2017 budget. Unlike the previous year, in 2017 the index included the municipal internal audit report, which received 10 points, whereas the number of points for budget hearings decreased to 2.5 each.