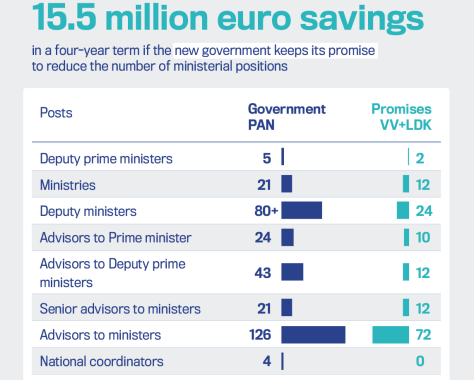 Reducing the size of government, based on the electoral promises of Vetëvendosje (VV) and Lidhja Demokratike e Kosovës (LDK) parties, which are expected to build a coalition and form the new government, as per GAP Institute’s calculations will save the state budget around 15.5 million euro during a four-year term.

As specified in the administrative instructions 04/2008 and 01/2008, deputy prime ministers, ministers, deputy ministers, political advisors and cabinet chiefs, are entitled to certain benefits in addition to regular salary. Specfically, they enjoy given monthly amounts for representation and mobile and fixed-line phone expenditures. By cutting the job positions presented on the infographic, the expenditures for meals, gas and telephone would be automatically reduced for 3.4 million euro in a four-year term.

Considering these points, GAP Institute estimates that in a four-year term at least 15.5 million euro will be saved from salaries and expenditures that result from political positions within the government.  Besides saving, a smaller government increases the effectiveness and coordination, shortens the decision making time, increases the citizens trust, and creates direct addresses of responsibility. 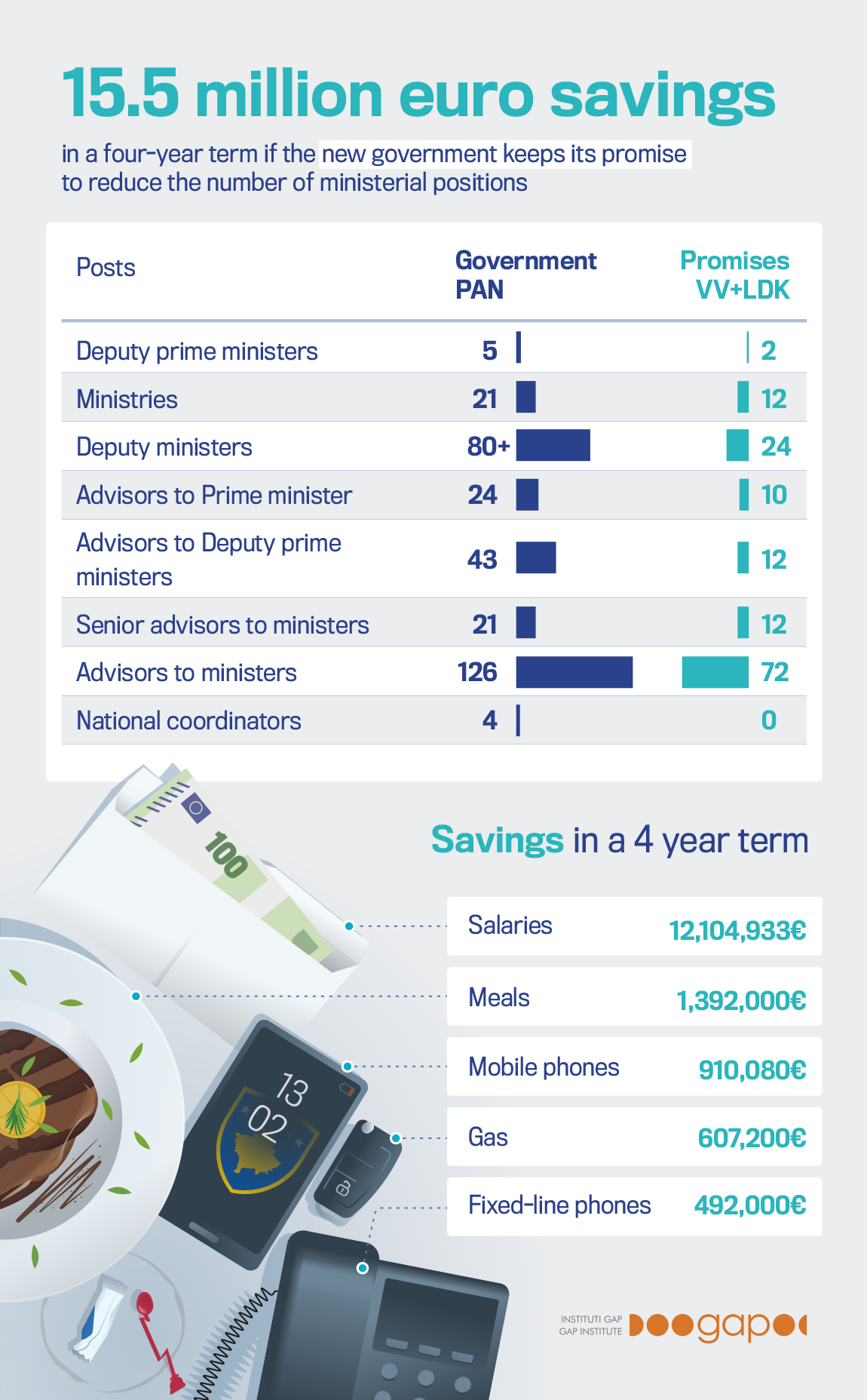