Mismatch between education and occupation in Kosovo 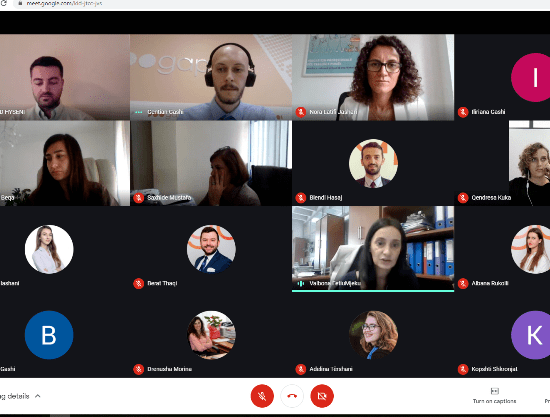 Today, GAP Institute held a virtual discussion on the topic of "Mismatch between education and occupation in Kosovo”. Representatives from the public and private sector, as well as representatives from civil society contributed to this virtual meeting.

In April, GAP published an analysis on the perceived mismatch of Kosovo citizens between their field of education and that of their profession. The analysis elaborates on the main factors creating this discrepancy, as well as analyzes the structure of employment and education in Kosovo based on gender differences.

The main findings of this analysis show that women in Kosovo who have studied certain fields such as physical sciences or law find it more difficult to find suitable jobs for their profile than men who study in the same fields.

Valbona Fetiu Mjeku from MEST stated that the educational system produces skilled students, but the economy of Kosovo makes it impossible to include everyone in the labor market or in suitable jobs. Mrs. Fetiu – Mjeku also explained how vocational schools offer an alternative which prepares students for the job market and gives them practical skills that could reduce this type of mismatch.

Anyla Beqa, an independent researcher on issues related to gender stereotypes, showed how during basic schooling girls rate themselves as less proficient in areas such as mathematics than boys, although in reality they show higher success in the same areas. She calls this the “threat from stereotypes”,pre-established in a country’s culture.

Other experts in the field also contributed to the discussion, emphasizing that students should be well informed before selecting their field of study while also taking into consideration what the labor market in Kosovo offers.