Will a new Law on Economic Zones boost investments in local communities? 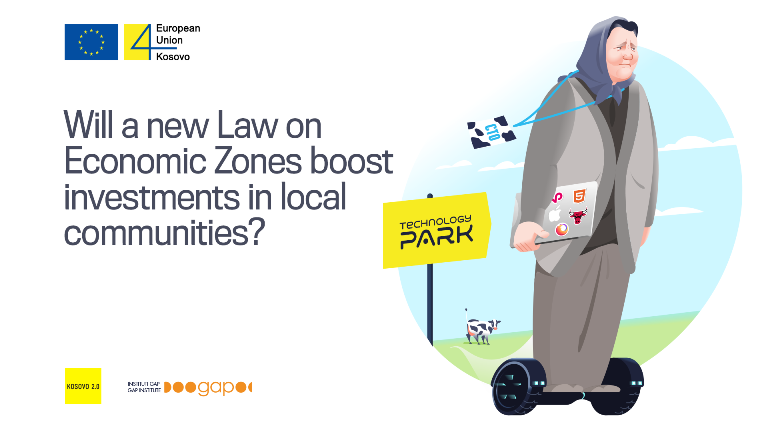 GAP Institute today published the report on the new law on Economic Zones. The aim of this draft law is to regulate the main aspects of economic zones, including their powers to establish them, ways of administration, location of zones, period of use, and forms of promotion of economic zones.

Government decisions to establish economic zones were politically motivated, rather than based on cost-benefit studies and analysis. The government has also used economic zones as a means of expropriating private property for the benefit of certain groups. Works on the finalization of infrastructure in economic zones were delayed for many years, and many businesses terminated their contracts to relocate in these zones, as a result.

Although housing over 76 businesses and occupying at least 422.5 hectares of land, there is no detailed analysis of economic benefits, investment growth and employment of economic zones. Other than clarifying the legal procedures, the proposed amendments to the Law on Economic Zones fall short of providing sufficient incentives for enterprises to relocate in economic zones.

The report in Serbian language is available in printed form.