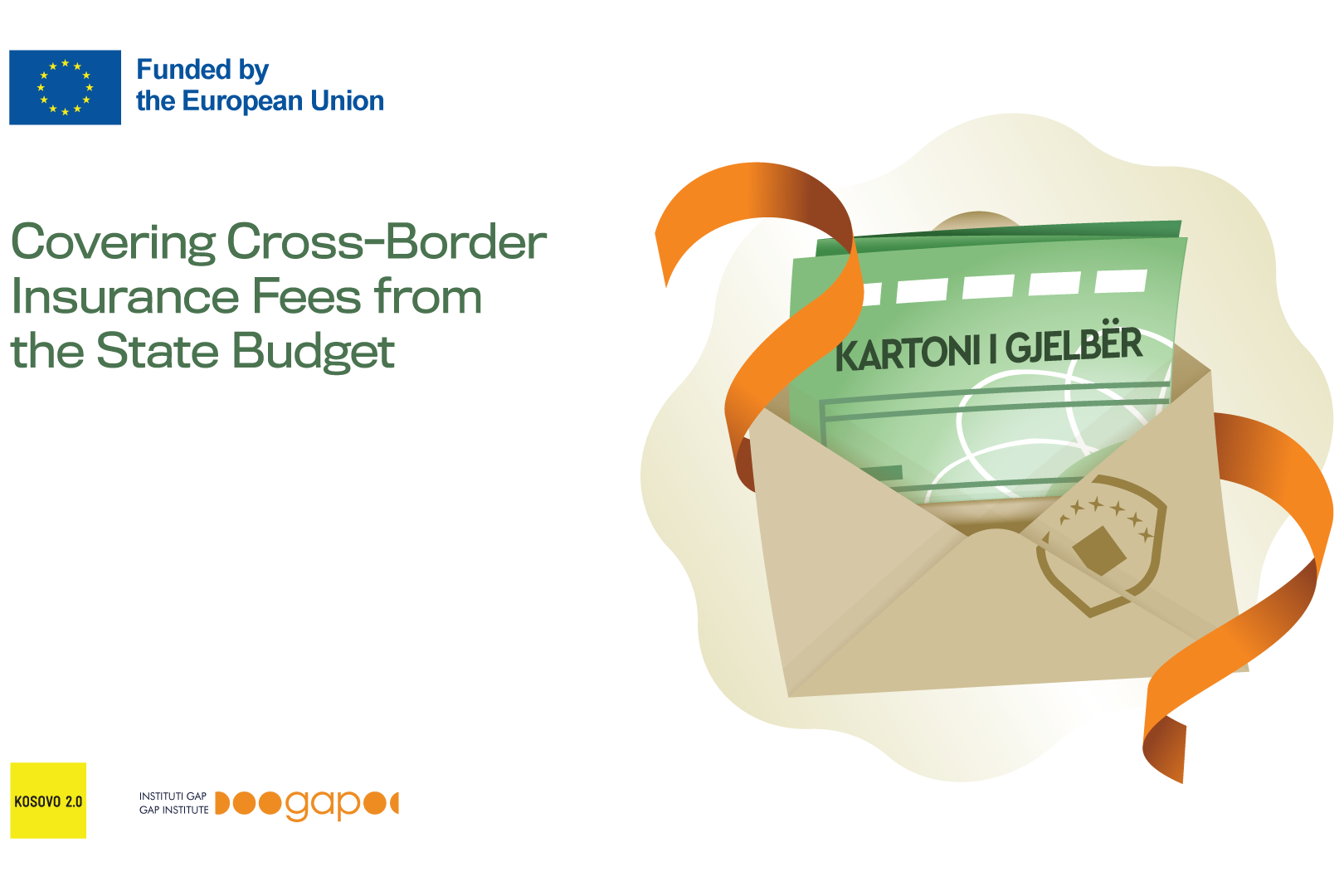 Today, GAP Institute published its report “Covering Cross-Border Insurance Fees from the State Budget”. Paying at the border for motor third party liability insurance has been one of the constant complaints of the diaspora, primarily due to border crossing delays and relatively high costs. Therefore, the Kosovo Government, took the decision to fully cover the cross border insurance premium fees, for all compatriots and foreigners who are subject to cross-border motor insurance requirements and traveling to Kosovo by the end of 2021.

After the adoption of the Economic Recovery Package, the Government of Kosovo in its 24th Meeting, on 11 August 2021, officially allocated EUR 5 million for the implementation of Measure 4.5 – Support to Diaspora. According to the Decision, the funds shall be taken from the budget code of the Package and transferred to the Treasury, to be subsequently wired on a monthly basis to a special account of the Insurance Bureau, according to the invoice submitted by the latter.

According to data provided by KIB, as of August 2021, invoices submitted by KIB to the Treasury on cross-border motor insurance reach EUR 2.4 million, or almost half of the amount of EUR 5 million allocated by the Government of Kosovo. According to country of origin, majority of the vehicles came from Germany, Switzerland, and Austria.

In non-pandemic conditions, more than one half of the Diaspora make three to four visits during the year to Kosovo, staying from two to four weeks, spending hundreds of millions equivalent to about 4.6% of Kosovo’s Gross Domestic Product, or EUR 328 million. This does not include remittances, averaging EUR 621 million per year. Considering average annual expenditures, Diaspora expenditures on cross-border motor insurance amount to about 3% of all their spending in Kosovo.

The report estimates that the payment of border policies from the state budget should not become practice in the coming years. This is due to the fact that it represents an unfair allocation of taxpayer money, subsidizing a category of the population that is financially sound. Instead, in the short term, the Government of Kosovo, CBK and KIB should allow members of the diaspora and foreigners entering Kosovo to pay for cross-border insurance online to shorten the waiting times at the border. In the long term, institutions should ensure that the number of unregistered vehicles in circulation drops from 30% to 5%, consequently removing the practical barrier to applying for membership in the Green Card system. Kosovo is the only country in Europe that is not a member of the Green Card system, a common protection mechanism for victims of cross-border road traffic accidents consisting of 48 countries,

The full report can be found by clicking Here.