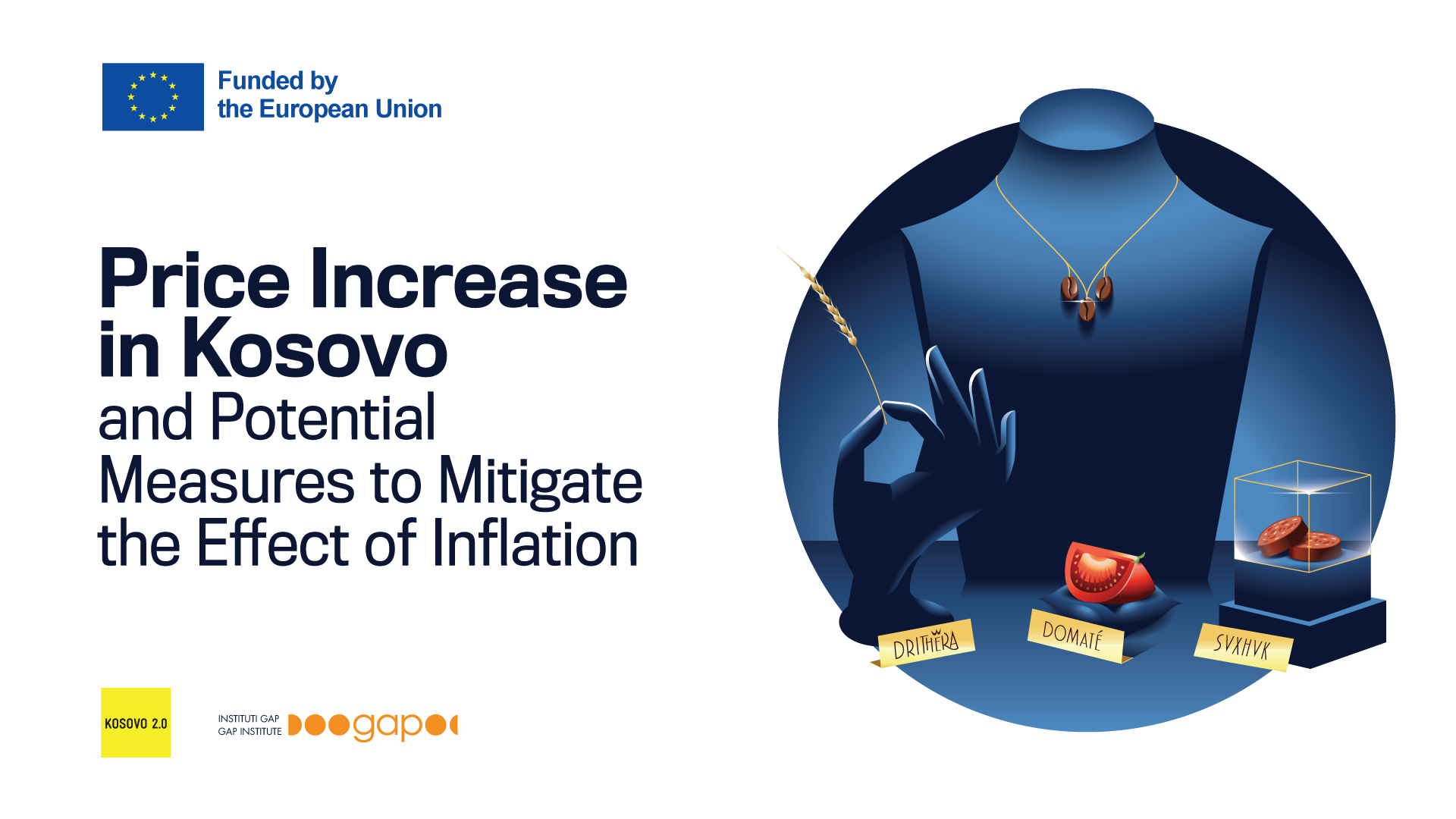 Today, GAP Institute published its report Price increase in Kosovo and potential measures to mitigate the effect of inflation. Economic growth recorded in 2021 in Kosovo was due to the increase in domestic demand, fiscal stimulus packages for economic recovery, as well as support from the Diaspora. Remittances as one of key drivers of consumption, as of October 2021, also recorded an annual increase of 20 percent, reaching EUR 956 million for the period January–October 2021. Another incentive for economic growth was the export of goods, which by October 2021 reached EUR 613.9 million, significantly higher than exports in 2019 and 2020 at EUR 383.5 million and EUR 474.9 million, respectively.

An examination of the wage level in Kosovo showed that the average net wage has changed over the years, while the minimum wage has remained at the same level. Therefore, some of the potential recommendations to mitigate the effect of price increases are the following: increase in minimum wage, increase in payments to beneficiaries of social assistance schemes, and step-up market monitoring by the Kosovo Competition Authority to detect ‘collusion.’

The full Report is available by clicking here.