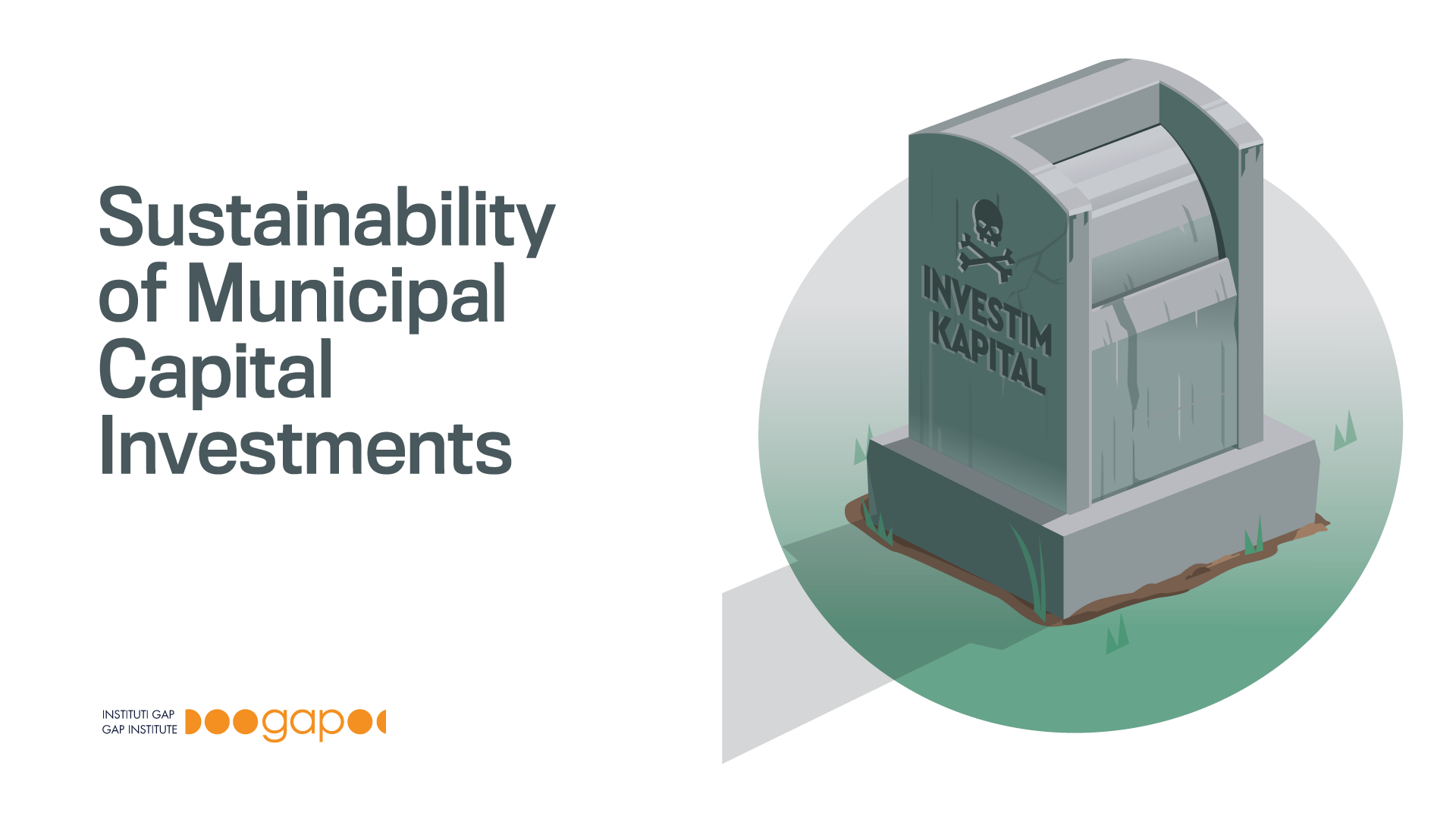 Today, GAP Institute published its report Sustainability of municipal capital investments. At the municipal level, a significant number of capital investment projects have never been operationalized or have not achieved the planned outcome. Despite the great need for investment, millions of euros of taxpayer money have been spent on the construction of various facilities which have not been put into use. In some cases, the constructed facilities have fallen to disrepair due to not having been used.

Such cases, in addition to exemplifying improper investment planning, are also the result of demographic changes and consequent lack of need for the use of such facilities; non-maintenance and damage of project facilities upon completion of investments; property disputes; lack of sufficient funds for the completion of projects, and in some cases the inability of municipalities to hire full-time staff for the management or operation of certain facilities.

GAP Institute has examined the causes that led to the failure of some capital investment projects in the past, looking to draw lessons from such projects. According to this report, the reasons that may lead to failed capital investments are related to, on the one hand, insufficient involvement of stakeholders during various project phases, and on the other hand, failure to comply in full with legally required procurement procedures starting from drafting contracts with economic operators through overseeing their implementation. GAP has also provided a series of recommendations on how public policies in this area can be improved.