The Law on the Government: 15 years in the making 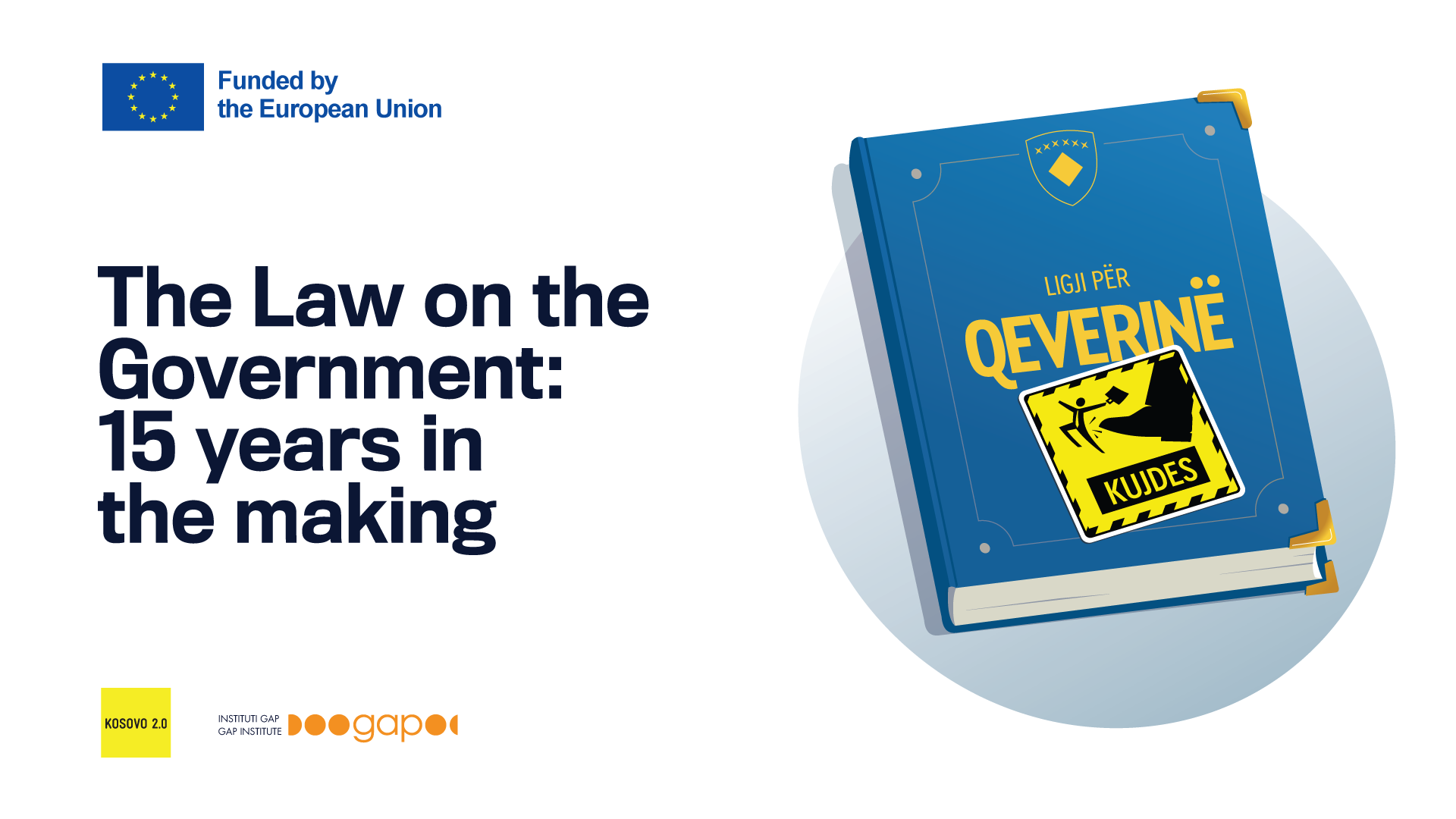 In this policy brief, GAP Institute will provide a short historical background of efforts to pass a Law on the Government, the content of such draft laws, and the legal dilemmas in determining the number of ministerial posts by law.

The draft Law on the Government, which was approved at the end of 2021 and submitted to the Assembly, largely repeats provisions of the Regulation on Areas of Administrative Responsibilities of the Office of the Prime Minister and Ministries, as well as of the Constitution of Kosovo. However, one of the new initiatives introduced in the current Draft-law is the incorporation of obligations arising from the Law on Gender Equality, and equal representation of women and men in ministerial positions. Currently, women are in charge of 33% of the ministries and hold 23% of deputy ministerial posts.