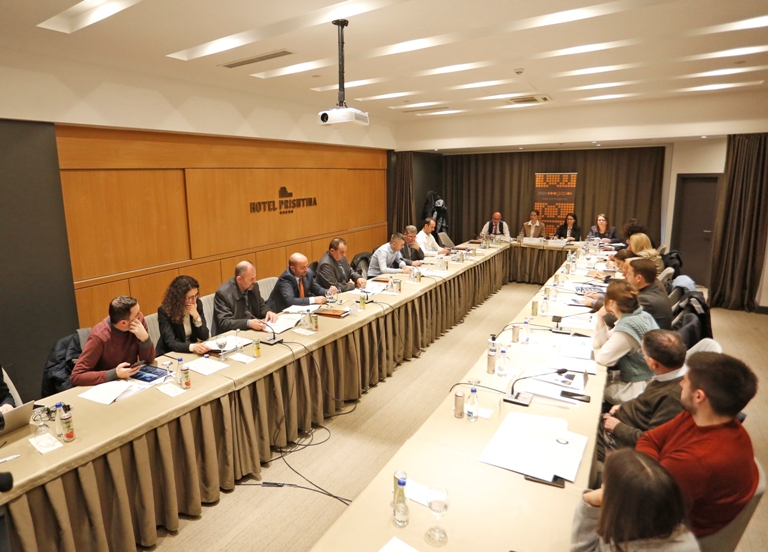 In her introductory speech, Rrona Zhuri, Researcher at GAP Institute, said that the purpose of this report was to analyze the findings of the National Audit Office (NAO) regarding public investments made by municipalities and the emerging issues in this regard, such as the inability of municipalities to implement sustainable, economically advantageous and timely completed investments.

Hykmete Bajrami, Chair of the Public Finance Oversight Committee in the Assembly of Kosovo, stated that the mechanisms of the Assembly of Kosovo cannot address issues that fall at the local level, as mayors are directly elected and are accountable to municipal assemblies. She asked for municipal assemblies to be more active in addressing issues such as those presented by the analysis of GAP Institute.  In her capacity as former Minister of Finance, she also highlighted the financial issues arising from collective agreements signed by the central level, whereas the burden of implementation falling on municipalities and their budgets.

Municipal budget and finance directors as well as other participants from civil society also contributed to this discussion.

Infographics can be found here.