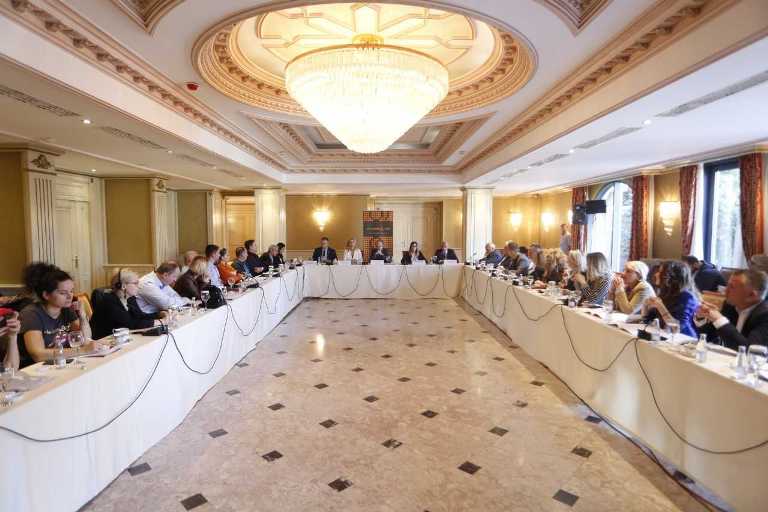 Paper on SAA implementation at the local level was presented by Bekim Salihu from GAP Institute. GAP Institute research concludes that majority of municipalities do not abide by Office of Prime Minister Regulation Nr. 08/2011 on local level responsibilities and competencies related to country integration agenda. This Regulation provides that all municipalities should have a European Integration Office and at least one officer employed therein. But in practice, some municipalities have only offices, some have only one integration officer, while others have European Integration directorates.

In general, one of the major achievements of municipalities related to the SAA implementation includes specification of commitments of municipalities related to this process, founding and inclusion of minorities in community safety councils, implementation of legal obligations related to use of official languages, undertaking of personal data protection measures, recording of school dropout levels, elimination of illegal landfills from the populated areas and development of municipal energy efficiency plans.

Ms. Blerta Deliu–Kodra, Chairwoman of Kosovo Assembly Committee on European Integrations stressed that it was more than needed to establish better coordination between the central and local levels related to SAA implementation at the local level. She also added that Public Administration reform package of laws was soon be discussed in Kosovo Assembly and it would facilitate this process in future.

Mr. Kushtrim Cukaj, Secretary-General of Ministry of European Integration (MEI) expressed his appreciation to GAP Institute on its paper and promised to take seriously all its recommendation in coordination with MLGA. He committed that MEI would undertake specific activities and change the dynamic of work between MEI and municipalities very soon.

Ms. Rozafa Ukimeraj, informed the participants that in total municipalities implemented 67 % of commitments between January – June 2018, with economic criteria reaching 65% of implementation, political criteria 70% and European standards 65%. She also stressed that MLGA had close cooperation with other relevant institutions and civil society in order to fulfill commitments deriving from the European Agenda falling under local level competence.